Jeremy Clarkson has lashed out at Meghan Markle in his latest tabloid column.

The former Top Gear presenter dismissed the Duchess of Sussex as “toast” and rejected any idea her presence will affect the royals in any significant way.

Reflecting on her interview with Oprah Winfrey, Clarkson joked he found himself agreeing with Nigel Farage and Piers Morgan.

But the 60 year old disputed ex-GMB host Piers’ suggestion that Meghan has caused damage to the monarchy.

Clarkson wrote in The Sun: “Yes, she is much revered by the young and the stupid who believe that her brand of simpering victimhood will one day bring down the monarchy, but it won’t.”

The Who Wants to Be a Millionaire? personality made a series of claims concerning previous challenges to the royal reputation.

Among those noted were affairs, abdications, the illnesses suffered by George III and references to Prince Andrew.

Clarkson went on to suggest that if the monarchy can survive those crises, it will remain unbowed by anything Meghan has to say.

He wrote: “I’m fairly sure it’ll be able to weather the banal musings of a silly little cable TV actress.”

He also suggested she is already yesterday’s news, knocked off the top of the agenda by headlines concerning Boris Johnson and buses.

According to him, this is because Meghan has reportedly fallen out with several members of her family and “probably everyone with an IQ of more than 32”.

He also suggested her fans will “grow up” one day. He believes this means they will realise other alternatives to a head of state, such as a President, are inadequate substitutes.

Clarkson also went on to hint that Meghan may find herself following in Princess Diana’s footsteps.

He concluded by referring to images of Diana published in tabloids following her divorce from Prince Charles. 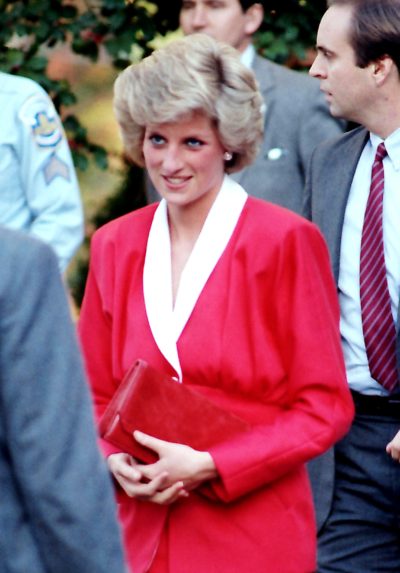 He wrote: “Markle’s toast and within five years, I suspect she’ll be posing for photographs, on her own outside the Taj Mahal or sitting on the back of a playboy’s yacht in the Med, and poor old Piers will realise that he lost his job over absolutely nothing at all.”

Leave us a comment on our Facebook page @EntertainmentDailyFix and let us know what you think of this story.

Get celebrity news, entertainment articles and some of the internets funniest videos, right to your inbox. Check back here to follow this amazing launch, and its FREE!