It seems ITV is struggling to replace Piers Morgan on Good Morning Britain.

The former GMB star quit the show last month (March) following a wave of backlash from viewers after his comments about Meghan Markle.

Since he left, many have wondered if the show will ever be able to find a new presenter like him.

Well, it turns out ITV has been wondering the same thing. 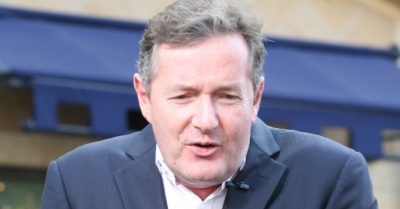 Boss Kevin Lygo has confessed that the network has realised there is “not a single person” who could replace Piers.

Kevin told Deadline: “Piers is a special thing. You can’t replace somebody like him. There is nobody like Piers, for good or bad.

“We have a roster of presenters. They’re all stepping up and doing a few more days than they would have done … We’ll mix and match until we feel what the right thing is to do.

“There isn’t a single person [who can replace him].”

Despite the way he quit, Kevin went on to insist that Piers’ split with GMB remains amicable and that they are on good terms with Piers.

He admitted he’s “amazed” Piers “lasted this long” because “there were some other moments where I thought, ‘Oh, here we go’”.

Kevin added the last time he signed him was “about a year-and-half ago, and I remember saying: ‘Well, we’ve had a great run haven’t we Piers?’”. 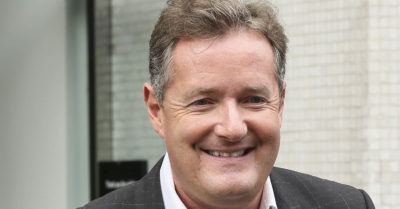 Piers had said he didn’t believe Meghan in her Oprah interview.

The Duchess of Sussex opened up about feeling suicidal during her pregnancy with Archie, but claimed she didn’t receive help from the Palace.

Jason made his comments after Piers tweeted his Mail on Sunday article in which he opened up about his GMB exit.

“I don’t agree with Piers over the Meghan thing at all, think he was out of order.”

He added: “But when he quit GMB, nobody cheered more than the politicians who no longer have anyone to ask the hard questions.”

Piers then responded: “Fair enough… I respect your right to have a different opinion to me.”

Leave us a comment on our Facebook page @EntertainmentDailyFix and let us know what you think of this story.

BEN Shephard will stand in for poorly Piers Morgan on Good Morning Britain today as he stays at home amid fears he may have the coronavirus.

The 55-year-old presenter had been due to host Monday’s show with Susanna Reid but explained he has been tested for Covid-19 and will not be back on screens until he gets the results back.

Read our coronavirus live blog for the latest news & updates

Piers tweeted last night: “UPDATE: On medical advice, and out of an abundance of caution for a mild symptom that arose in past 48hrs, I’ve had a test for COVID-19 and so won’t be working on @GMB until I get the result back, which should be tomorrow.”

ITV confirmed to The Sun Online that Ben had been drafted in to present the show in Piers’ place, alongside Susanna Reid.

One fan posted on social media, writing: “Love Ben but will miss Piers

The 45-year-old Tipping Point host is a regular stand-in on Good Morning Britain and last presented the show on Friday, when he gave fans an updated on his pal Kate Garraway’s husband Derek Draper.

Piers explained he would skip tomorrow morning’s show, which he was due to host with Susanna Reid[/caption]

He read out her social media update on the morning show, saying: “He is still with us but what a battle it is.”

Ranvir Singh added: “It’s a dreadful time and I think she’s at home with two children and trying to keep it going. It’s a total unknown. But as she said, as long as he’s here there’s absolute hope.”

Ben added: “Twenty four hours at a time and she rightly pointed out, he’s getting extraordinary care. She gets the chance to phone in the evenings and talk to him.”

Ranvir then confirmed that Derek is not able to reply yet, saying: “He’s not responding yet to everything she’s saying, I don’t think.”

Most read in TV & Showbiz

ED OF THE HOUSE

The star explained last month that he also has family members who are “very ill” amid the coronavirus crisis.

The presenter said: “I’ve got family members who are very ill at the moment as well and people that I know and friends who have lost friends and family. It doesn’t get any less painful.”

CORONAVIRUS CRISIS – STAY IN THE KNOW

Don’t miss the latest news and figures – and essential advice for you and your family.

Get Britain’s best-selling newspaper delivered to your smartphone or tablet each day – find out more.

Get celebrity news, entertainment articles and some of the internets funniest videos right to your inbox. Check back here to follow this amazing launch, and its FREE!