Louis Tomlinson has found his mini-me in his 4-year-old son Freddie. On Sunday, Oct. 11, Briana Jungwirth took to Instagram to share an adorable photo of Freddie eating a delicious snack. Along with a picture of Freddie holding up his treat, Briana captioned the post, “Key to a happy face- Starbucks cake pop.” The stylist, who shares Freddie with the One Direction star, has fans gushing over the father-son duo’s striking resemblance.

After seeing the photo, fans flooded Briana’s comments about “mini Louis.” One commenter wrote, “HE LOOKS SM LIKE LOU IT HURTS,” while another fan commented, “He looks just like Louis.” It appears that young Freddie even has his dad’s signature smirk down too!

While Louis, 28, and Briana, also 28, prefer to keep their son’s world private, the parents do occasionally offer a rare glimpse into Freddie’s life on social media. In January, the stylist showed Freddie celebrating his fourth birthday with a cupcake treat. She captioned the adorable post, “Birthday Boy.”

Kapuso actor Rodjun Cruz celebrated his 33rd birthday last October 10 in their lovely home in Quezon City. Coincidentally, their son, Rodolfo Joaquin Diego Medina Illustre III, also celebrated his first month, making the occasion a double celebration. Present in the celebration were Rodjun’s brother, Ohmar and actor Rayver Cruz with girlfriend Janine Gutierrez, and their close friends. As a birthday gift to Rodjun and Baby Joaquin, Dianne gave them a matching necklace. Check what happened during Rodjun’s 33rd birthday celebration in this gallery. 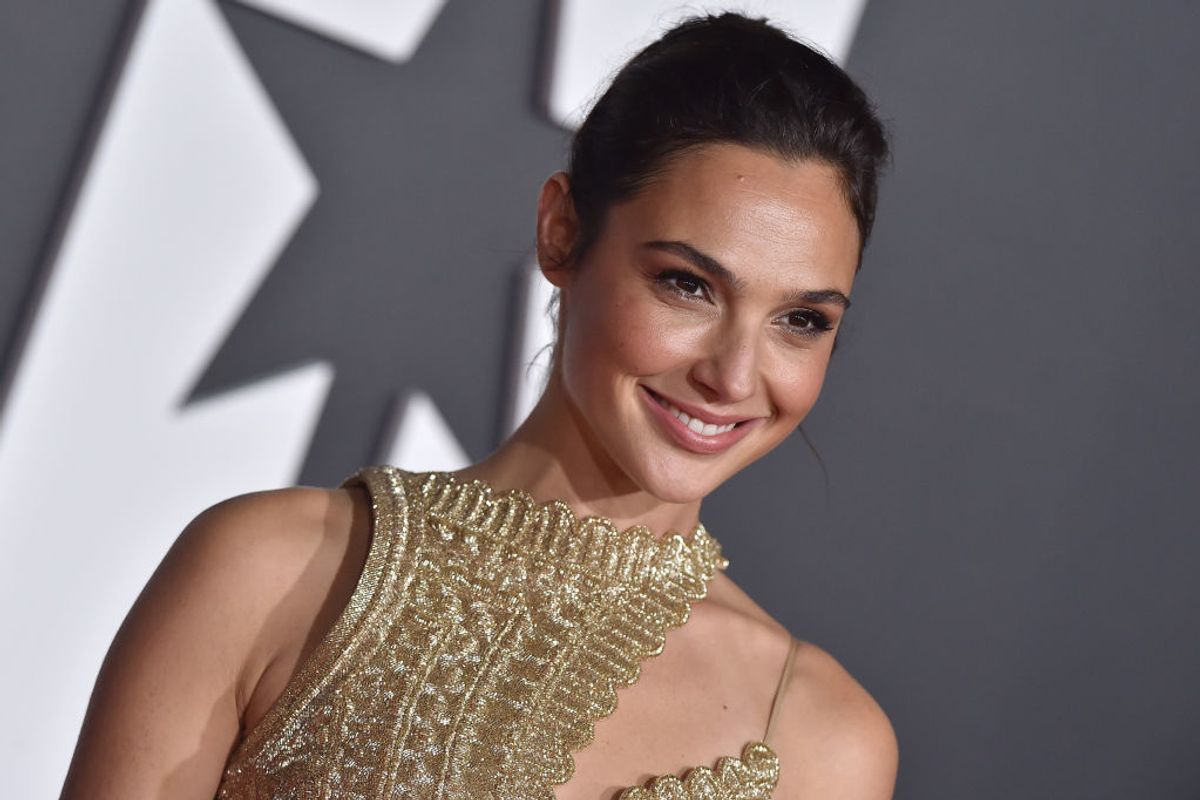 The woke internet mob exploded with rage Sunday when actress Gal Gadot was announced as the lead actor in the upcoming major Hollywood movie “Cleopatra,” centering on the life of the ancient Egyptian queen.

Then an actual Egyptologist set the record straight.

What did critics say?

Critics complained that Gadot, an Israeli actress best known for her role as Wonder Woman, is unfit for the role because of her light skin complexion. Woke critics suggested that an Arab actress should have been cast for the role instead.

“Which Hollywood dumbass thought it would be a good idea to cast an Israeli actress as Cleopatra (a very bland looking one) instead of a stunning Arab actress like Nadine Njeim? And shame on you, Gal Gadot. Your country steals Arab land & you’re stealing their movie roles… smh,” one critic said.

Another said, “I’m sure Gal Gadot is going to do a wonderful job as Cleopatra. However, for me personally, I would love a Cleopatra who’s darker than a brown paper bag, because that seems a bit more historically accurate.”

What did the Egyptologist say?

As it turns out, Gadot is not an inaccurate physical representation of Cleopatra.

Sarah Parcak, an Egyptologist and anthropology professor at the University of Alabama at Birmingham, explained in a lengthy Twitter thread that Cleopatra was not dark-skinned like many people may believe.

In fact, Cleopatra was at least half Greek.

“Cleopatra was Cleopatra VII (yes there were many others!). She was of Macedonian Greek descent (father= Ptolemy XII Auletes) but… was was her mother’s ethnicity? Egyptian? Greek? Other? Many possibilities. We don’t know for sure,” Parcak explained. “Her mom was *probably* Cleopatra V, the only attested wife of Ptolemy XII. We know of one child she had, it’s not 100% certain she is the mother of Cleopatra. Cleo V’s ethnicity is unknown, very little known about her generally, hence Cleopatra’s ethnicity= 50% Greek, 50% ?”

Her mom was *probably* Cleopatra V, the only attested wife of Ptolemy XII. We know of one child she had, it’s not 1… https://t.co/RTQLriS1V4

So what did Cleopatra most likely look like? Parcak explained:

So what *could* she have looked like? The people of Alexandria today (yes Alexandria was Egypt’s capital during the Ptolemaic Era) have much lighter skin compared to people in southern Egypt, many with reddish hair and green/blue eyes.

Of course there is Turkish influence and I’m not saying that the people of Alex today look like people did 2000+ years ago. However- Alex was a hugely cosmopolitan city in Cleopatra’s time. You would have seen every type of person imaginable from all over the known world.

Cleopatra probably had lighter skin, not unlike the people of Alex today, but *we don’t know for sure*. Her mom could have been from southern Egypt, or Macedonia, or anywhere in the Ptolemaic world (and if she was a secondary wife or concubine all bets are off).

Then Parcak entered what she thought were testy waters, asking the social media world not to “cancel” her over her forthcoming conclusion about whether Gadot is worthy of playing Cleopatra.

“Don’t cancel me for what I’m about to say,” Parcak said. “Archaeology and history tell us she wasn’t 100% Egyptian, even if she acted like a proper Egyptian queen and spoke/read Egyptian. She was half Macedonian and half who knows, but probably more than 50% Macedonian playing the odds.”

“So, hiring a hugely bankable Mediterranean actress to play Cleopatra is… not as off as you might think,” Parcak explained.

So, hiring a hugely bankable Mediterranean actress to play Cleopatra is… not as off as you might think. I’m not t… https://t.co/qd1VKHKdXt

“Gal Gadot is 100x a better choice than Angelina Jolie. I think she’ll be incredible in the role,” Parcak added.