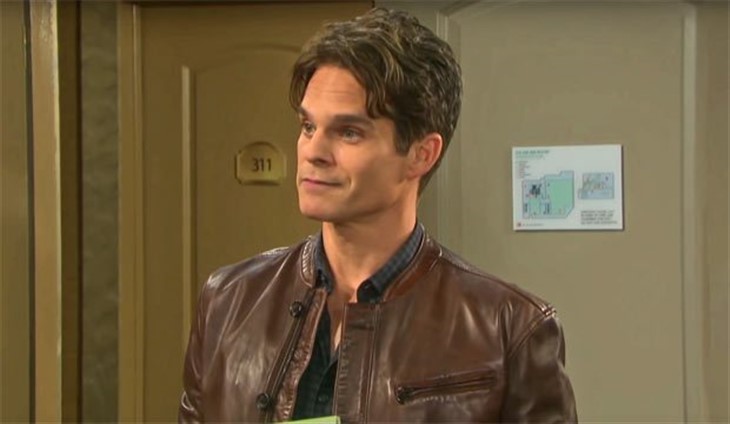 The Young and the Restless spoilers reveal that Greg Rikaart has a lot on his mind regarding his character Kevin Fisher and onscreen partner Chloe Mitchell, played by Elizabeth Hendrickson.

When the show returns to the airwaves with new content, Kevin and Chloe won’t have long to wait until their little one arrives. In real life, Hendrickson gave birth recently to a beautiful baby girl, and fans are speculating as to whether or not her little one might star as the couple’s baby. We will know about that soon enough but in the meantime, we have some of Rikaart’s thoughts about the family.

Here are some of the insights that Rikaart revealed in an interview with Soap Opera Digest.

The Young And The Restless spoilers – Will Kevin And Chloe’s Son Turn Out To Be A Sinner Or A Saint?

First off, Rikaart gives a thumbs up to his character’s ability to be a good dad and says he was excited to learn that Kevin and Chloe were going to add to their family.

When asked if he thought his onscreen son would be a little demonized like his dad once was, the actor said, “I actually think that’s a great idea.” While Kevin is rehabilitated in the bad boy department, there was a time when he was dressed as a chipmunk to rob a bank!

Y&R Spoilers – Should Kevin And Chloe Get Married?

Some fans think that the couple should get married now that they are an established couple with two children. As for Rikaart, he thinks that “Kevin and Chloe have a good thing as is and that seems enough for them. I’m really on the fence with that one.”

What he’s not on the fence about is his costar Judith Chapman who plays Kevin’s mom Gloria Abbott Bardwell.

The Young And The Restless spoilers – What Happens Next For The Fisher Family In Genoa City?

When asked if he would like Gloria to return he said, “Oh, hell, yeah! Judith brings so much to the show.” He shared that he loves the interactions between Gloria, Chloe, and Kevin. “What Judith brings is always so delicious. She’s so gifted and infuses so many layers into one scene.”

Young And The Restless Spoilers: Shadam Back Together – Real Life Couple Case And Grossman Don’t Have To Social Distancehttps://t.co/d6qAmK77p4

That is for sure, as Glo can be over the top dramatic one minute and sensitive and sweet the next. Will Gloria make it to the birth of her new grandchild? Be sure to tune in and find out!

Paul Anka Turns 79: Revisiting The Life and Legacy of the Famed Canadian Crooner - Everything Zoomer

Brandi Glanville tells all on Denise Richards hookup on 'RHOBH'