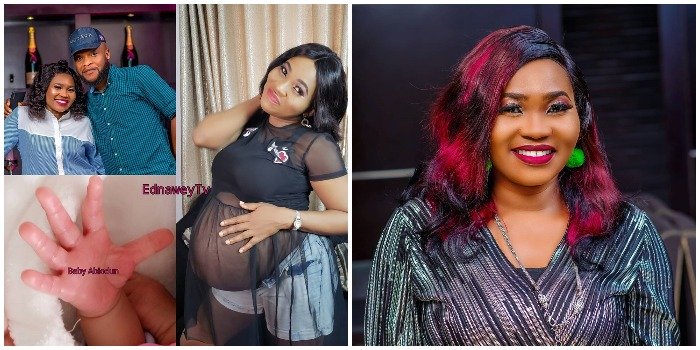 Congratulatory messages have been falling in place for popular Nollywood actress, Yewande Adekoya after she announced the birth of her new baby girl on her Instagram page.

The 36 year old actress who is famous for her hit movie, Kudi Klepto, shared her pregnancy picture and that of the new born baby’s hand with the caption ‘You are welcome to our world, my princess, my love. Our lives together has just begun, you are part of us now, my little one. Welcome #BabyAbiodun ?‍?‍?‍?? Click on the link in my bio to see my baby bump videos?? OLUWAMODUPE #yewandeadekoyaabiodun #abiodunthomas‘

Some of her collegues in the movie industry have celebrated and congratulated the talented actress on Instagam. See some reactions below; 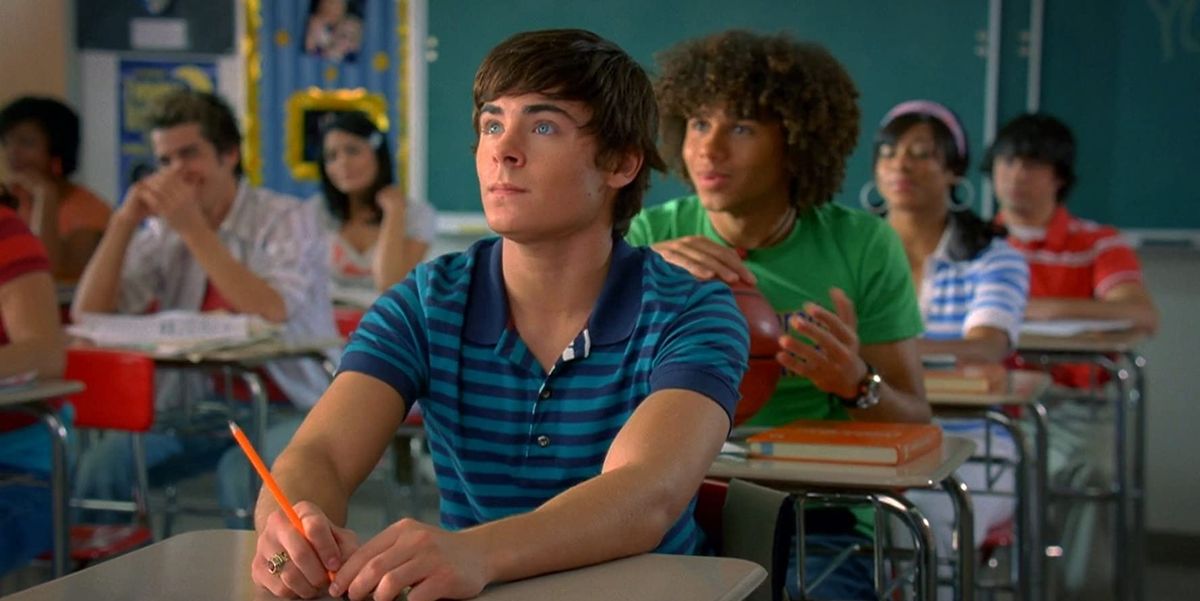 So, last night the cast of High School Musical got together and performed ‘We’re All In This Together’ as part of the Disney Family Singalong special. Like, we’re talking Vanessa Hudgens, Ashley Tisdale, Corbin Bleu, Lucas Grabeel, Monique Coleman, and yes, even Zac Efron. Sounds too good to be true, right? Cool, because it is.

Fans were straight-up dis-mayed when Zac didn’t sing with his fellow cast-mates, instead opting to ~introduce~ them. Like, HOW ARE WE ALL IN THIS TOGETHER IF ZAC ISN’T EVEN GONNA SING, YOU FEEL ME?

.@ZacEfron appeared on #DisneyFamilySingalong to introduce the star-studded rendition of “We’re All in This Together,” not performing himself due to being “Hunkered down in the middle of nowhere with patchy WiFi.” pic.twitter.com/u8z55dEB1y

Obviously, people took to Twitter en masse to express their disappointment. Angry musings included, “my childhood i am crying” and “Finding out Zac Efron didn’t sing with the rest of the cast is just yet another major f*ck you from 2020.”

me after zac efron introduced the hsm cast and left without singing pic.twitter.com/dv5p7QjfS8

me realizing that zac efron was just introducing the cast of high school musical and not actually singing with them #DisneyFamilySingalong pic.twitter.com/IlSy9jrtUE

Wait y’all telling me that I WAITED all night for Zac Efron to reunite with his cast of HSM for him not to sing!?!? #DisneyFamilySingalong pic.twitter.com/budGabWunC

BREAKING: Live footage of Disney after we all sat through the sing along for Zac Efron to only introduce the cast. #DisneyFamilySingalong pic.twitter.com/2PV0dnUEaO

Finding out zac efron didn’t sing with the rest of the cast is just yet another major fuck you from 2020 #DisneyFamilySingalong pic.twitter.com/zRePBAKNt5

I DEMAND ANSWERS. So good thing Director Kenny Ortega is kinda explaining Zac not being super involved, telling Deadline, “We couldn’t reach Zac until late but when we did, he immediately jumped in, of course. Everyone we reached out to was quick – and you’ll see it in their spirit and the way they come together from their homes. They recognize this is an opportunity to strengthen spirits for those joining us for the broadcast.”

Maybe he didn’t have time to practice? Truly, just: 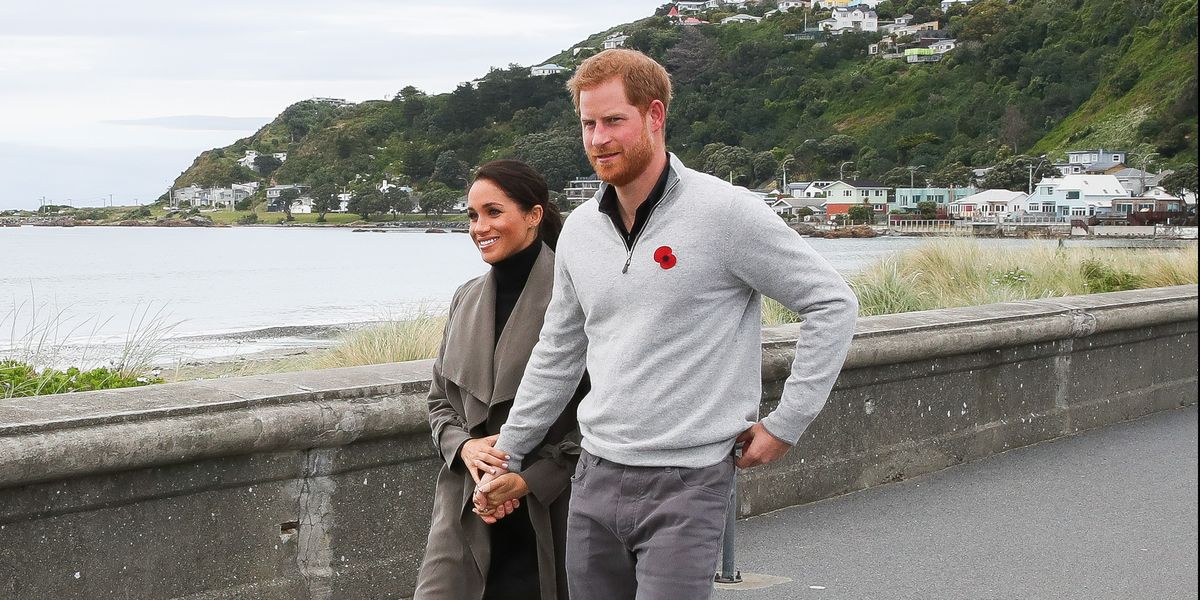 Meghan Markle and Prince Harry recently moved to Los Angeles, where they’ve been social distancing in their new home with their son, Archie. But the royal couple were recently spotted volunteering amid the coronavirus crisis, dressed down in jeans and masks.

TMZ posted a video of Harry and Meghan’s first sighting in Los Angeles, where they can be seen arriving at several housing complexes to deliver food. The pair were reportedly working on behalf of Project Angel Food, an L.A.-based nonprofit that both prepares and delivers food to people who have chronic illnesses. According to TMZ, Meghan and Harry dropped off food at a “low-income housing unit for disabled and special needs residents, and [they] made a few stops inside the building.”

Great to see these two lend a helping hand during such a hard time for so many vulnerable people. Oh, and reminder: The Duke and Duchess are gearing up to launch their new foundation Archewell, a charitable nonprofit with volunteering services and a “wide-ranging website.”

In a statement, Meghan and Harry said “Before SussexRoyal came the idea of ‘arche’—the Greek word meaning ‘source of action.’ We connected to this concept for the charitable organization we hoped to build one day, and it became the inspiration for our son’s name. To do something of meaning, to do something that matters. Archewell is a name that combines an ancient word for strength and action, and another that evokes the deep resources we each must draw upon.” 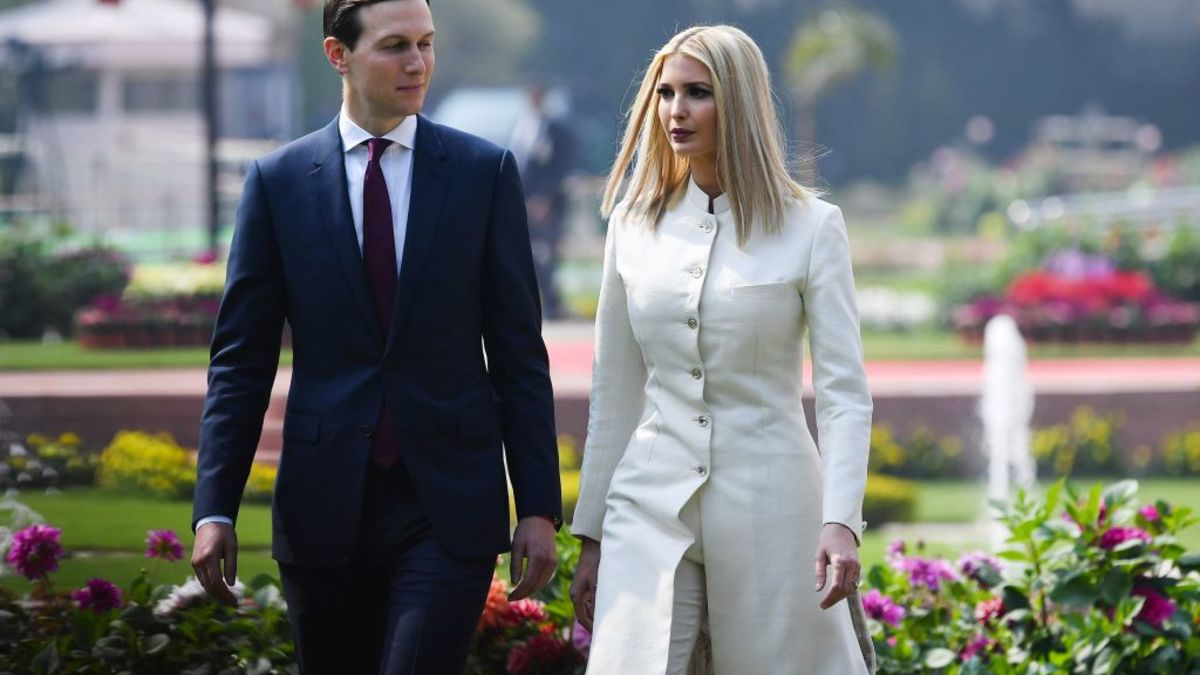 For some reason—maybe it’s proximity to the president, maybe it’s because Trump’s sons have been such a disappointment, maybe it’s because Trump just wants to see them win—both Ivanka Trump and Jared Kushner have been forced down America’s throats. Think of them as America’s own bizarro version of Prince Harry and Meghan Markle if Prince Harry were a failed cruisewear designer and Meghan was a slumlord millionaire.

Nevertheless they have risen to power by being the president’s child and her plus one, and we, in turn, are forced to deal with them. It’s annoying that no one in America voted them into office and yet, here they are, like a perpetual “bring your children to work” day.

And this was during the time that Ivanka was busy telling the country that wearing masks was a good start but that there was, “There’s no substitute for social distancing!” Ivanka wrote on Twitter the official record of the Trump administration, the New York Daily News reports.

The couple didn’t just ignore her dad; they ignored federal restrictions that prevent travel unless it’s essential, and Washington, D.C. Mayor Muriel Bowser’s “stay-at-home order, which was issued March 30 and ordered residents of D.C., which include the couple, to stay at home unless they are performing ‘essential activities’ such as ‘obtaining medical care’ or are performing ‘essential governmental functions’ or ‘allowable recreational activities’ such as “walking, hiking, running, dog-walking…”

From the Daily News:

Ivanka and the couple’s children remain at the golf club, which is closed to the public, through the end of the holiday Thursday night. Kushner, a top Trump adviser, returned to the White House earlier.

Jews around the world made major sacrifices this year to limit family gatherings and seders over Passover, which celebrates Jews’ escape from slavery in Egypt.

Many held so-called ‘Zoom seders’ to avoid in-person gatherings with vulnerable relatives who could spread the virus.

The White House insisted that the jaunt was 100% kosher. It called the Trump golf club the equivalent of a private home for Ivanka and therefore going there did not violate the rules.

Jared Kushner is a practicing Orthodox Jew and Ivanka Trump converted to the faith when they got married.

I don’t know anything about Ivanka’s conversion, so I can’t speak to whether it was fake or not, but I know that both she and her husband are continuously full of shit. I, much like the rest of America, are so over them. I would be perfectly fine with quarantining them for the rest of the president’s short time in office. 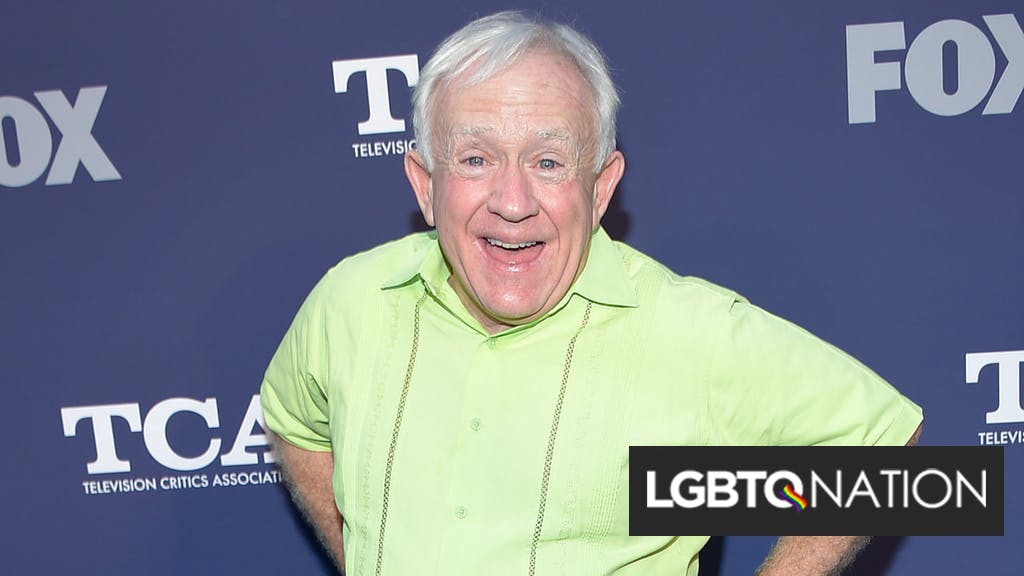 National treasure Leslie Jordan has finally been discovered by the internet and, well, it took them long enough.

The American Horror Story and Will & Grace actor has gone viral for Instagram videos of his antics while stuck on lockdown. Jordan’s follower count, in the thousands before the pandemic, has shot past 3 million on the social media site.

Jordan’s videos are a fun antidote to the fear and negativity of daily life as he tries to adjust to the new “normal.” Whether it’s complaining about being bored, spilling Hollywood gossip, or coming up with activities to occupy himself, viewers giggle along with his shenanigans as he gives us what we most need: a few good laughs.

The stand out star of this whole awful situation is definitely Leslie Jordan. pic.twitter.com/kpNfpHq5L7