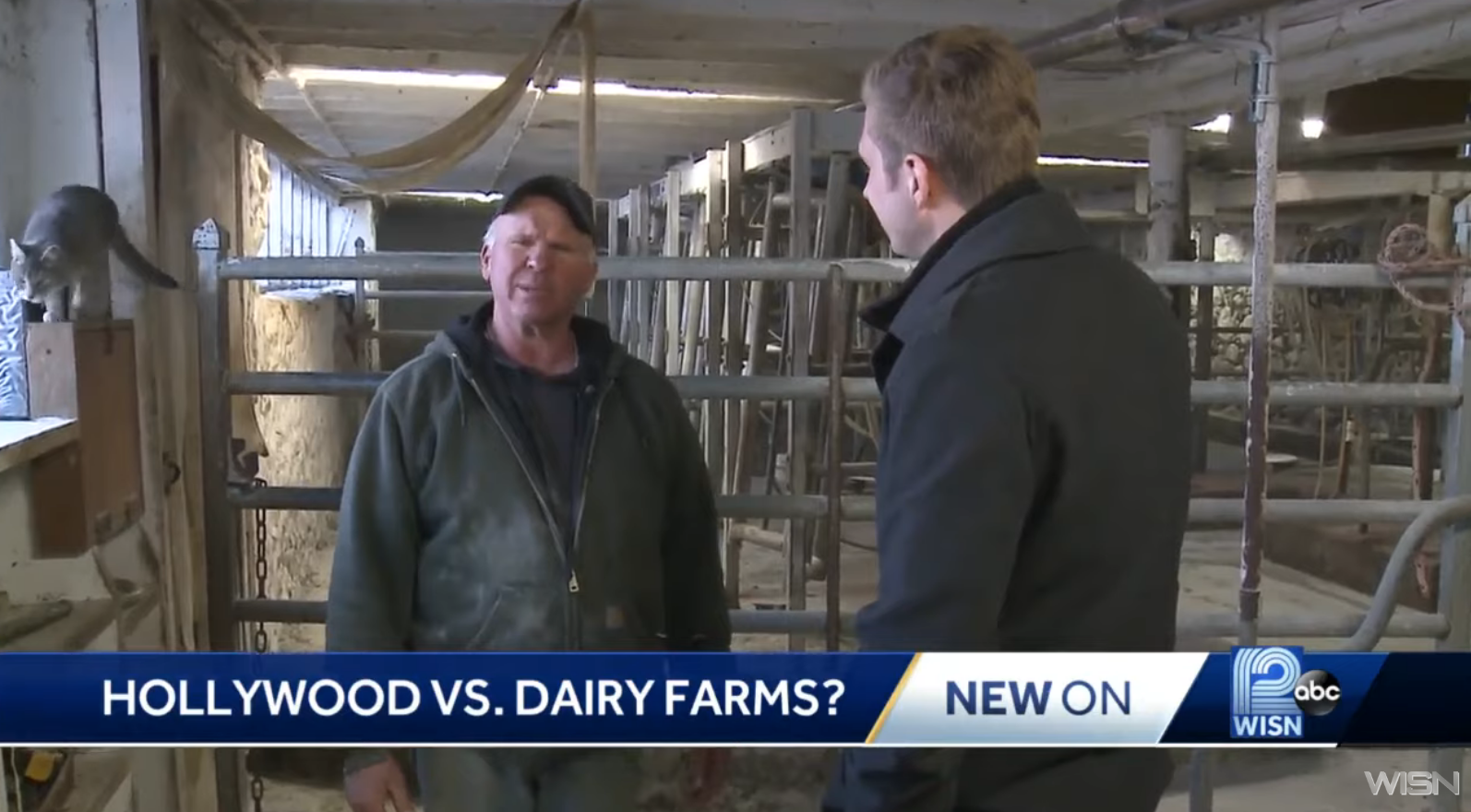 A Wisconsin dairy farmer is hitting back after Joaquin Phoenix bashed the dairy industry during his acceptance speech for Best Actor at the Oscars Sunday night, WISN-TV reported.

Tom Oberhaus, who has a degree in dairy science from Ohio State University and previously served as a director on the Waukesha County Farm Bureau, said he didn’t watch the Oscars and didn’t even know who Phoenix was until news of the speech circulated among dairy farmers like him.

“I think that we’ve become very disconnected from the natural world,” Phoenix said in his scattered remarks about injustice, love, and various other subjects. “We feel entitled to artificially inseminate a cow, and when she gives birth we steal her baby, even though her cries of anguish are unmistakable. And then we take her milk that’s intended for her calf and we put it in our coffee and our cereal,” he added.

That didn’t sit well with Oberhaus, who was quick to point out that Phoenix was speaking from ignorance.

“We just wave it off and go, ‘Hey, ding-dong, you don’t have any idea what’s going on here at the farm,'” Oberhaus said. “I mean I’d love it if he’d come out here for a couple hours — that would be awesome. That’s an invite, Mr. Phoenix. C’mon out. See what life is like on the farm.”

But Oberhaus wasn’t done there. He went on to throw a barb of his own at the Hollywood actor for letting his ignorance turn into self-righteous judgment.

“You know, we feel we have real important jobs in the world, we help feed the world. It’s kind of important that people have food to eat. And what do you do, Mr. Phoenix? Oh yeah, you entertain people. OK,” he said shrugging.

Shannen Doherty Reveals That She Has Stage Four Breast Cancer

Brad Pitt criticises Trump impeachment trial verdict after Oscar win: 'I don’t think we should let it slide' | The Independent

Robert Eggers is prepping his next film, a 10th-century Viking epic