Oscars 2020: Nominated films get new lease of life in theatres 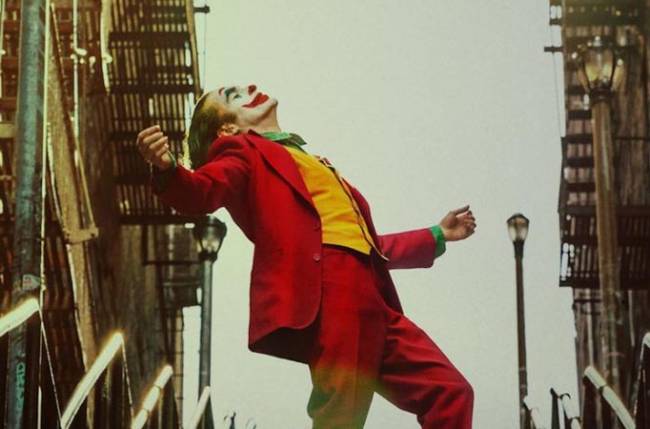 MUMBAI: The Oscar buzz continues to have a ripple effect at the box office with nominated films lining up at the theatres for re-release, with a hope of renewed box-office glory and further collections.

For the first time in Oscar history, the studio with the most nominations is Netflix. The streaming giant earned 24 nominations for the Academy Awards, with Martin Scorsese’s mobster film “The Irishman”, “Marriage Story”, “The Two Popes” and “Klaus” emerging as favourites.

At a time when streaming services are giving a tough competition to all in award season, Hollywood studios are pulling all guns to sell more tickets, and add more profit to their account.

Given the massive Oscar buzz around the film, Warner Bros. Pictures decided to re-release “Joker”. The makers believe that re-releasing “Joker” will not only draw new audiences to the theatre but is also expected to garner a momentous repeat footfall.

“Joker”, which has become the highest-grossing R-rated movie of all time and has crossed the $ 1 billion mark at the worldwide box office, is going to re-release in cities of Mumbai, Delhi, Bengaluru, Gurgaon, Noida, Chennai, Kolkata, Pune, Ernakulam, Hyderabad, Jaipur, Mysore, Ahmedabad, Coimbatore amongst other cities.

“The palette for world cinema is increasing and gaining momentum. Consumption patterns are evolving with equal demand for mainstream as well as niche cinema — Indian or International. Nothing is bigger than the Oscars, so we were aware that these films will be well accepted, however, the response is currently exceeding expectations,” Kamal Gianchandani, CEO of PVR Pictures Ltd, told IANS.

Lots of films from various Hollywood studios released in India after the nominations, cashing on the buzz. They were “Jojo Rabbit”, Bong Joon-ho’s “Parasite”, “Judy”, Sam Mendes’ war drama “1917”, which has Reliance Entertainment and Amblin Partners among the banners associated with the film’s production, and “A Beautiful Day In The Neighborhood”.

There are also exhibitions by major cinema chains, which are hosting annual Oscar film festivals, as a run-up to the award gala, which is touted to be the biggest celebration of cinema and storytelling. The awards ceremony will be held in Los Angeles on February 9 and will air in India on February 10.

Talking about the vision behind the fests, Devang Sampat, CEO, Cinepolis India, said: “Film festivals are a great way to showcase iconic and award-winning movies to our audiences over a targeted period… Our recently announced Oscar Film Festival brings the best of Oscar-nominated films for movie patrons in India, owing to the growing demand and preference for movies. The remarkable works of art, that have garnered major nominations for Oscars 2020 deserve an extraordinary showcase, and we are proud to host these films.”

This trend of attempting to score high on the Oscar buzz is not new.

According to forbes.com, Best Picture winner “Green Book” raked in $4.7 million in the week after its win, and Bradley Cooper and Lady Gaga’s heart touching “A Star Is Born” was also re-released with an extra 12 minutes of footage after it won Best Song for “The Shallows”, and made around $1.9 million.