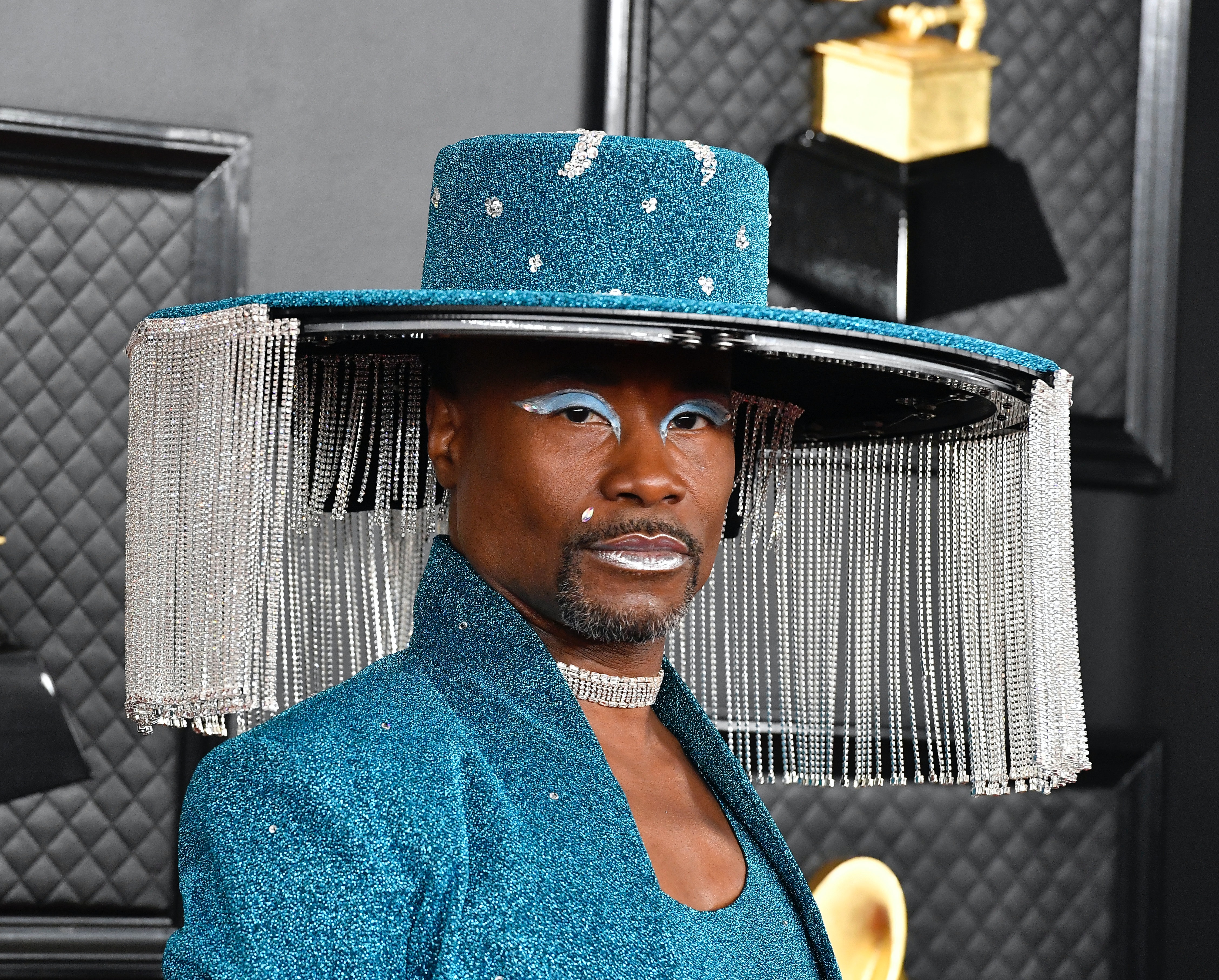 Leave it to Billy Porter to win best-dressed at the 2020 Grammys before he even hits the red carpet. The Pose star interrupted his getting ready routine for an impromptu photo shoot that left us all in awe. For his 2020 Grammys look, he paired a custom Baja East glittering blue unitard with a chandelier hat and fringe boots. Always a fan of accessories, Porter finished his ‘fit with a silver clutch, a matching choker, and blinding blue eyeshadow. 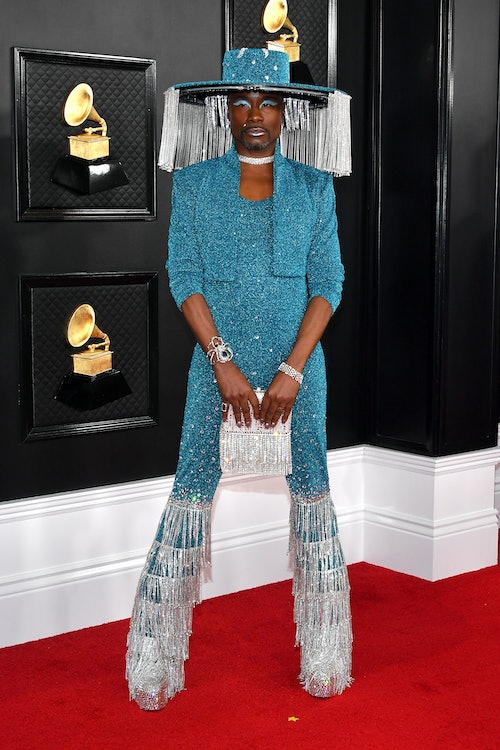 But the one detail we can’t stop talking about is that hat. Porter’s stylist Sam Ratelletold Vanity Fair that the standout accessory is inspired by another Grammys attendee: Billie Eilish. “Billy and Billie Eillish had a beautiful moment on the red carpet at the [American Music Awards] where they both gushed over each other’s hats,” he said. “Billie was wearing a Victorian-inspired beekeeper bonnet with netting covering her face. After the event, Billy jokingly told me he loved her look but after 30 years of working his way to Hollywood, ‘Y’all are gonna see my face!'”

In order to show off Porter’s perfectly made-up visage, Ratelle — in collaboration with milliner Sarah Sokol and motor company Smooth Technology — created a hat with fringe that could mechanically move to reveal his face. The topper is operated by a remote control that Ratelle himself is working on the red carpet. How’s that for a tech-meets-fashion moment?

Though Porter is just presenting at the ceremony tonight, he’s already a Grammy winner himself, having won in 2014 for Best Musical Theater Album for Kinky Boots. The acclaimed entertainer is actually just one Oscar away from being an EGOT (he won an Emmy for Pose and a Tony for his performance in Kinky Boots). Either way, he’s already a red-carpet winner in our book.

Rick Moranis Is Back and He’s Here to Fuck